My love affair with cookies does not discriminate against a good and chewy blondie.  Banana Blondies with Cream Cheese Frosting are moist, delicious and absolutely perfect.  In fact, I already have them on my Thanksgiving dessert menu.  Keep scrolling to see how simple they are to make. 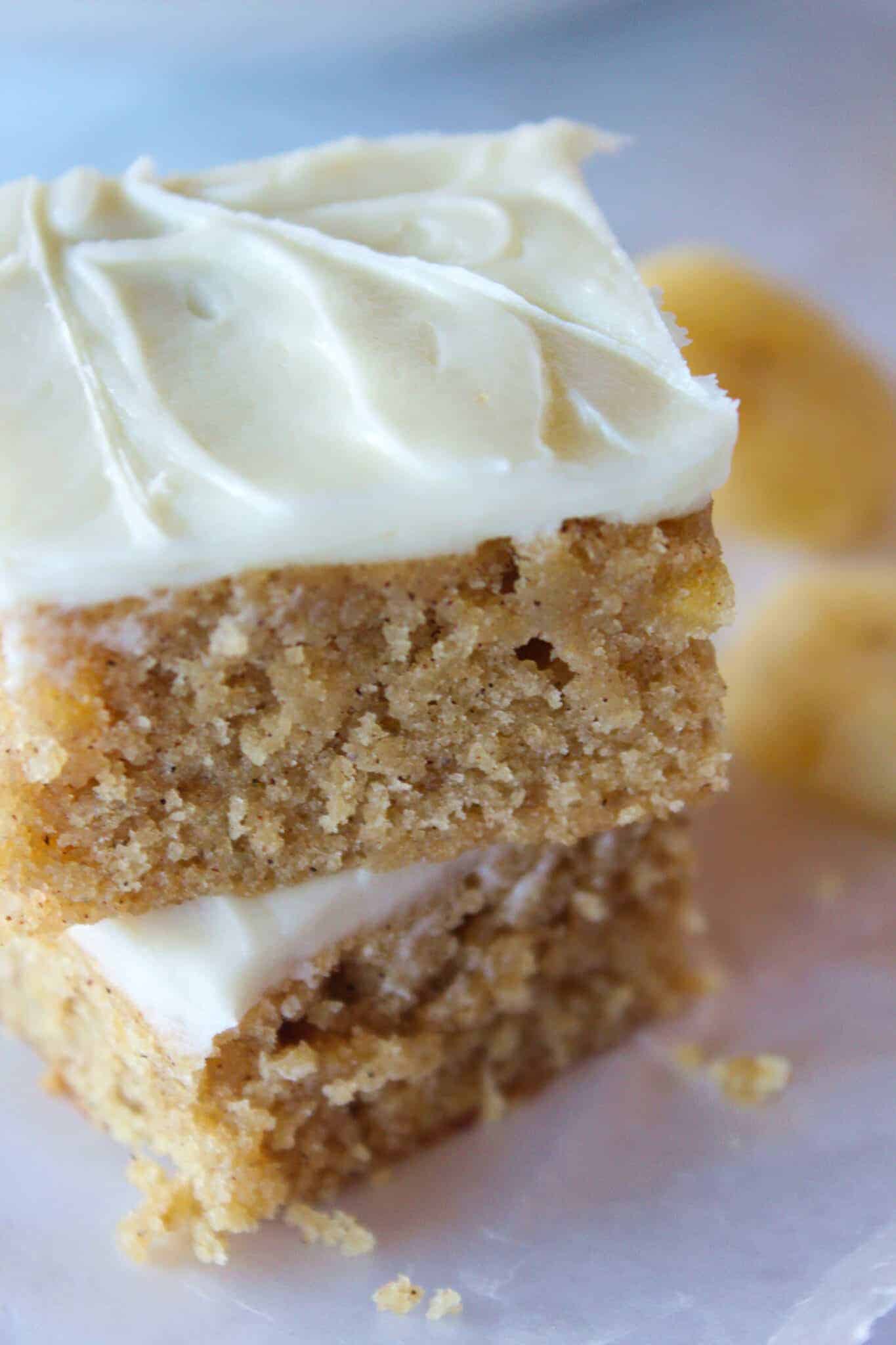 I am not a plain banana fan but add it to a baked good and I am all about it!  This Banana Blondies Recipe is what dreams are made of.

Although this Banana Crumb Cake is right there too.  There is something so comforting about a banana baked good.

Add a luscious cream cheese frosting to a baked banana item and you have added even more wonderfulness.  I promise you these blondies do not disappoint. 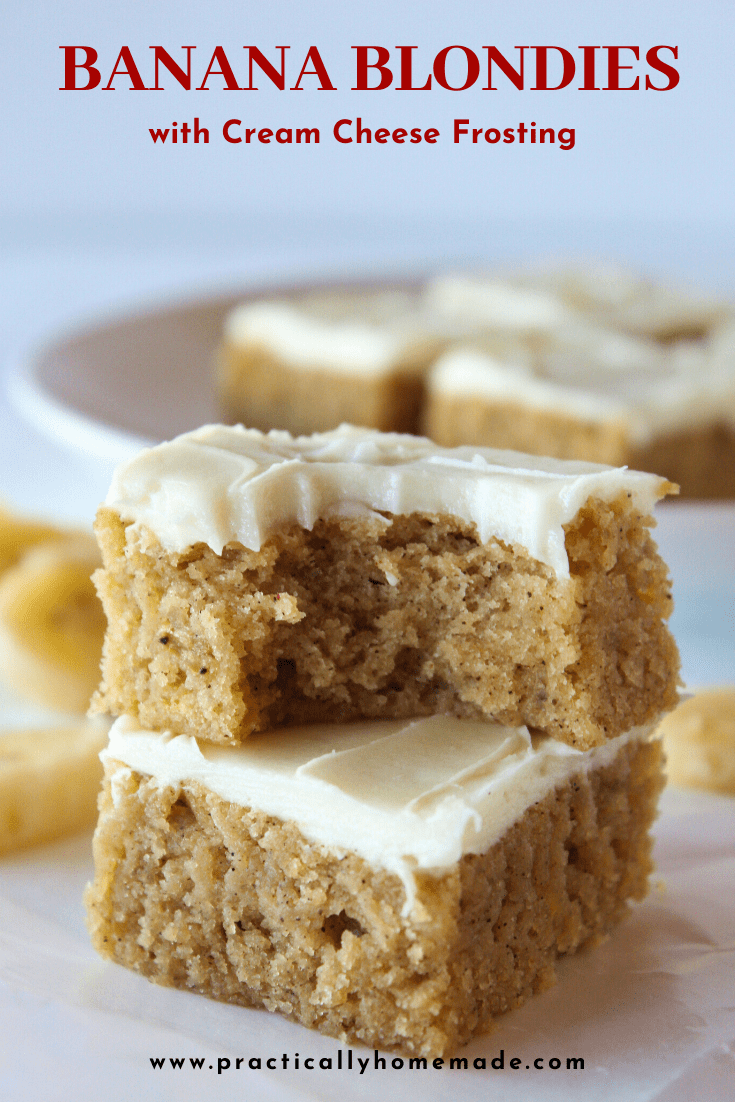 What Kind of Bananas Work Best in Banana Blondies or Bread Recipe?

I always suggest using ripe bananas.  You will know it is ripe because the outside will be brown and black.  There are a number of reasons that ripe bananas work best.  First of all, they mash easier when they are more ripe but they are also sweeter.

You could use a banana that is less ripe but you may have to adjust the amount of sugar depending on the sweetness of the banana.

How to make Banana Blondies

Begin by combining the wet ingredients {melted butter, brown sugar, vanilla and egg} together.  Mix it together until you have a smooth texture.

The great part about using melted butter in a blondie is that the brown sugar dissolves into it and creates this sweet and thick mixture. 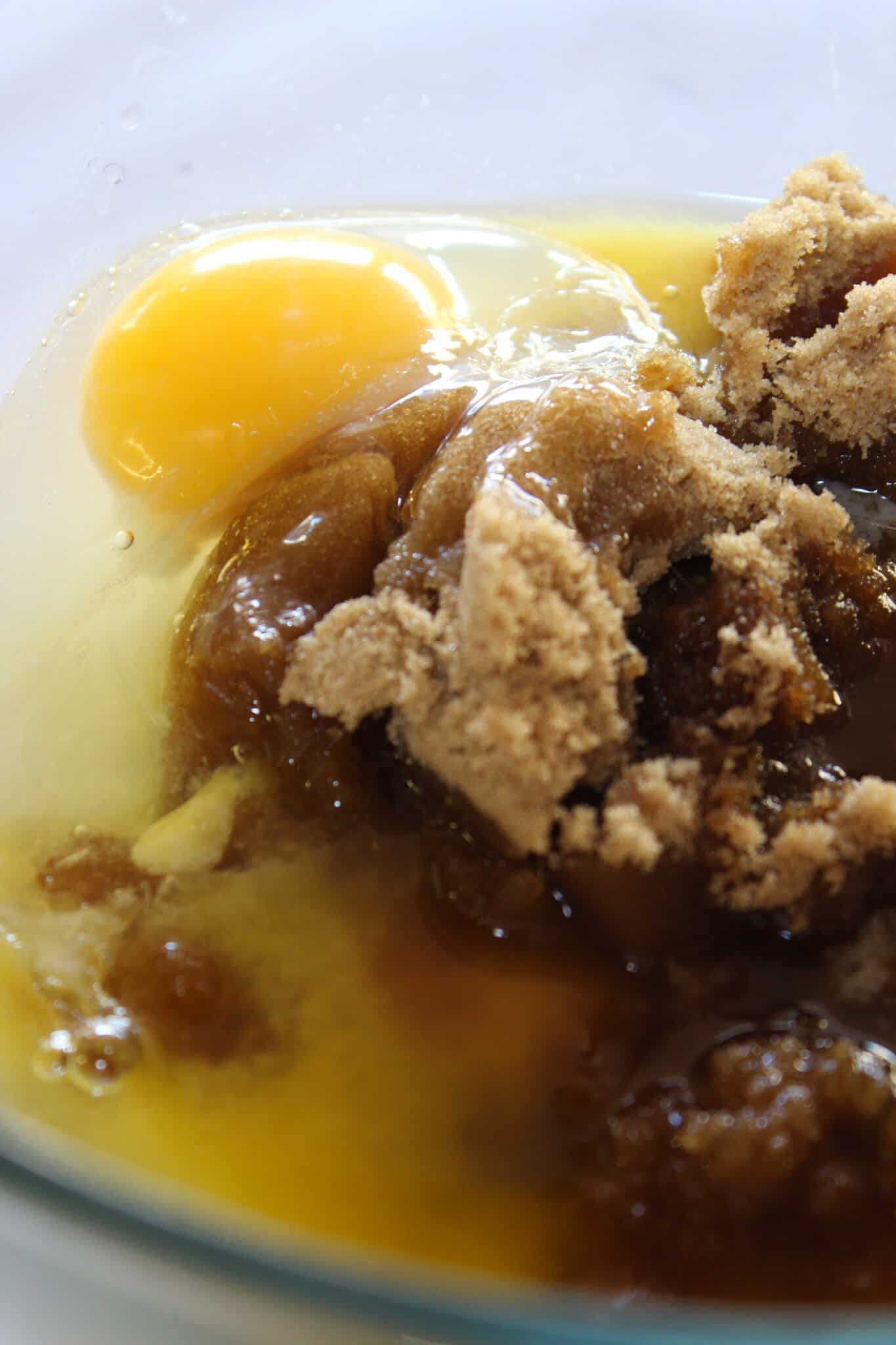 To the wet ingredients, add the cinnamon, salt, flour and mashed banana.  Mix together until you have a thick and brownie like batter.

Why do we not Use Much Flour in Blondies?

Some of you might question the amount of flour we are adding to the mixture because a normal cookie recipe typically calls for a lot more.

But Blondies and Brownies {their chocolate counterparts} are baked in a pan, so we are not worried about them holding their shape.  We are also going for a different texture and adding less flour will give you that. 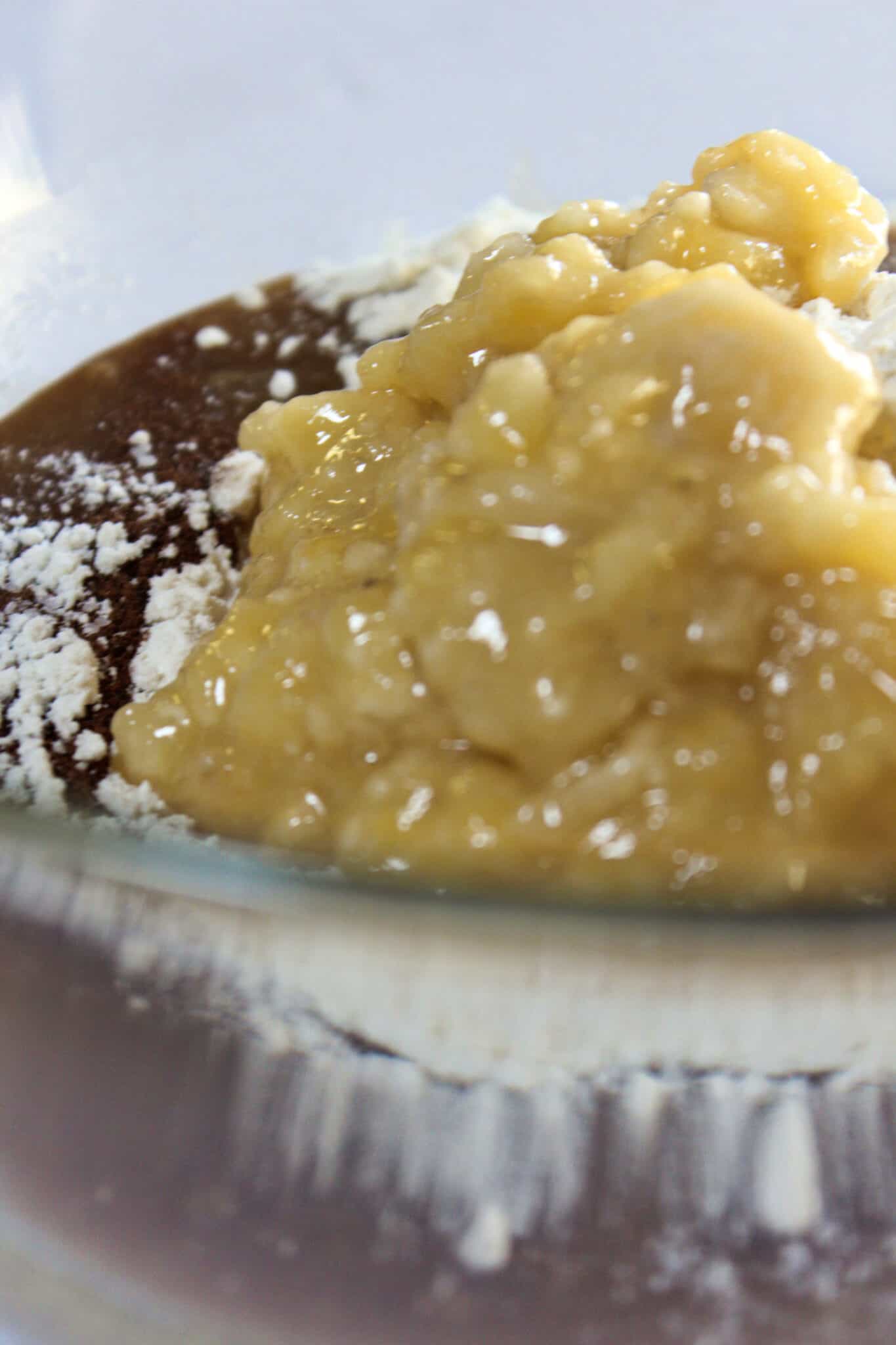 Pour the banana blondies batter into a 8×8 baking pan that has been sprayed with non stick cooking spray.  Spread it into an even layer. 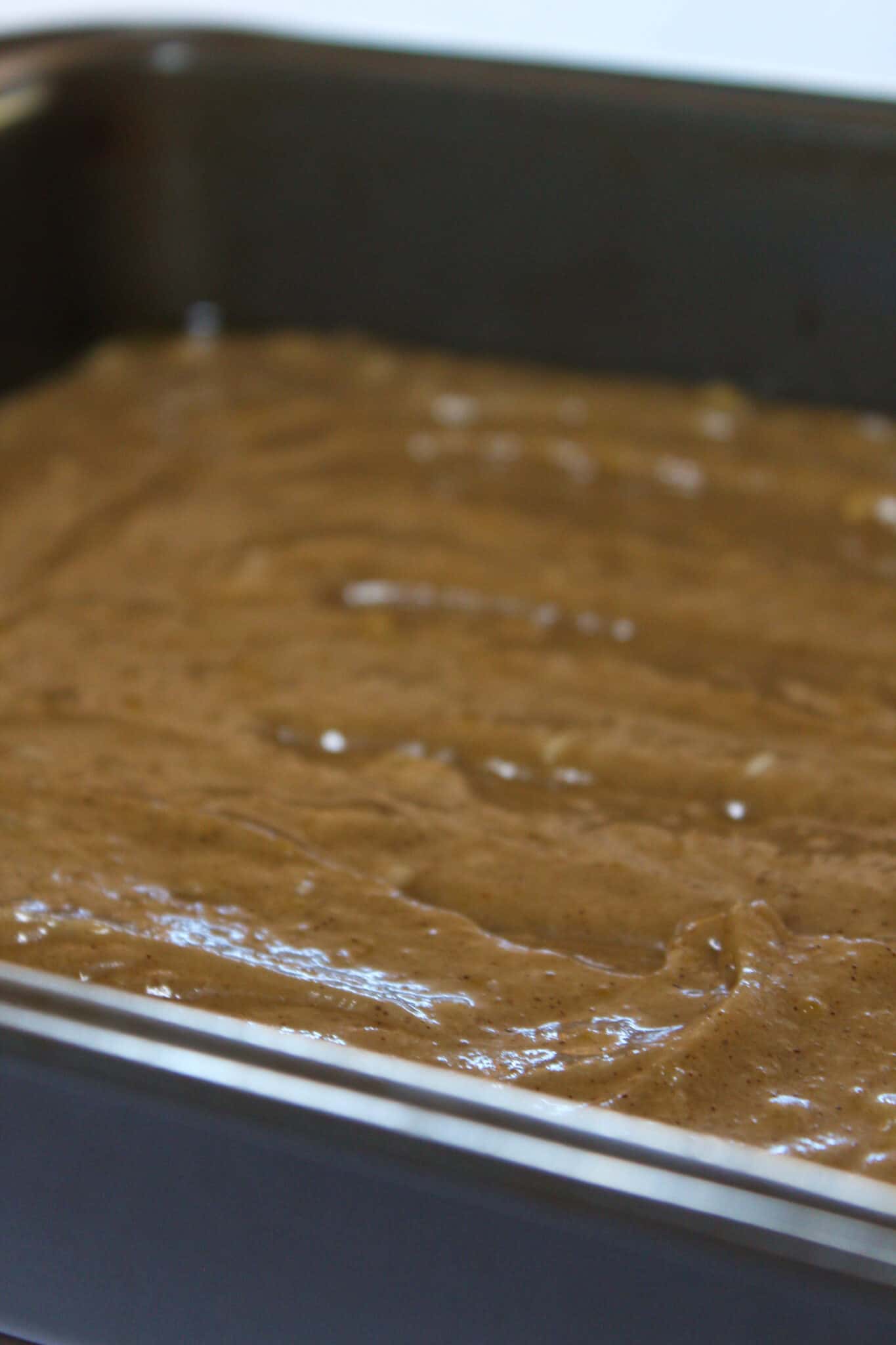 Bake in a 350 degree oven for 18-22 minutes.  Do not over bake.  Blondies need to be dense and almost gooey, like a brownie. 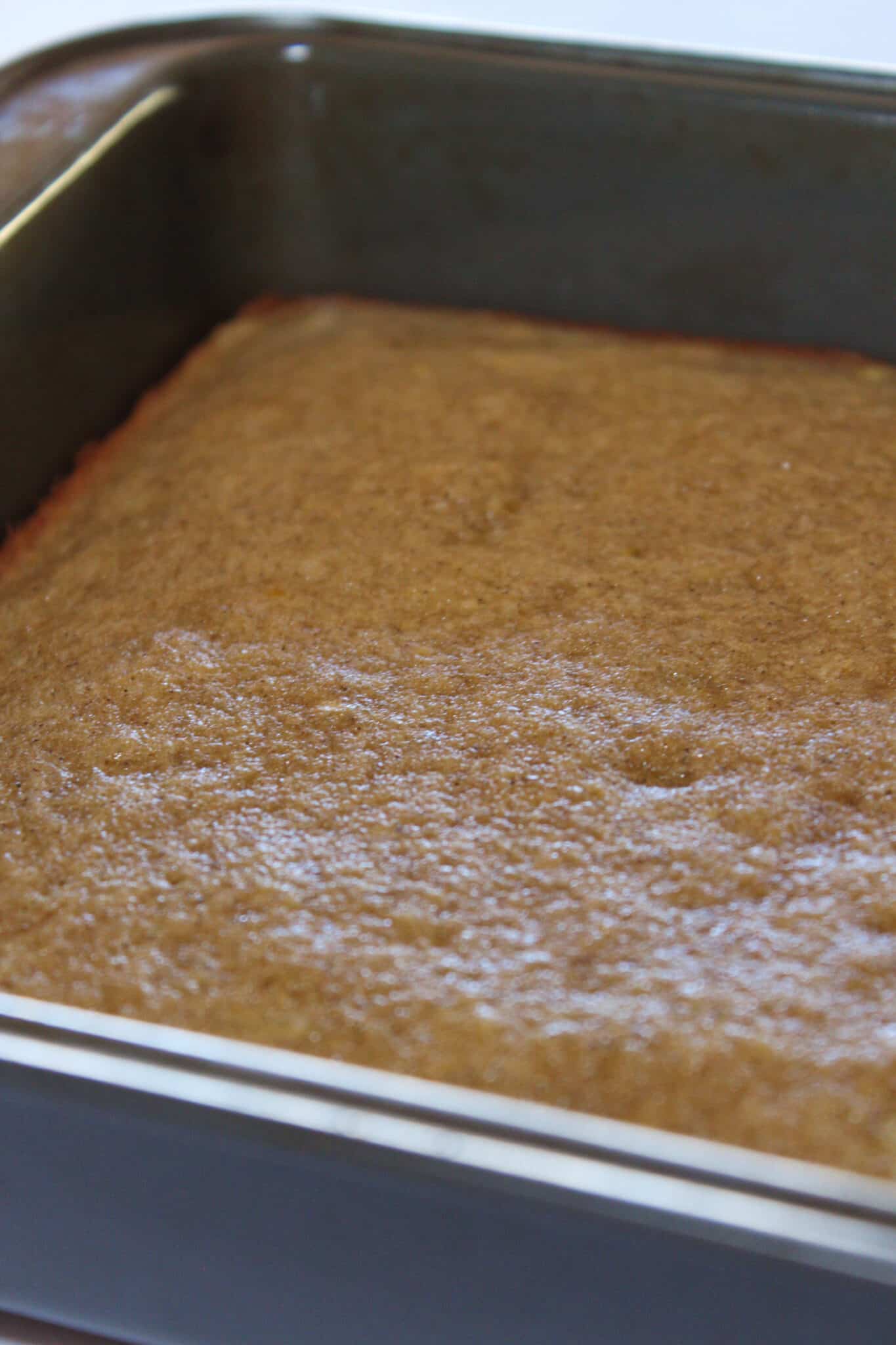 Once the blondies are baked and cooled, combine all of the cream cheese frosting ingredients.  Spread it over the top of the banana blondies in an even layer. 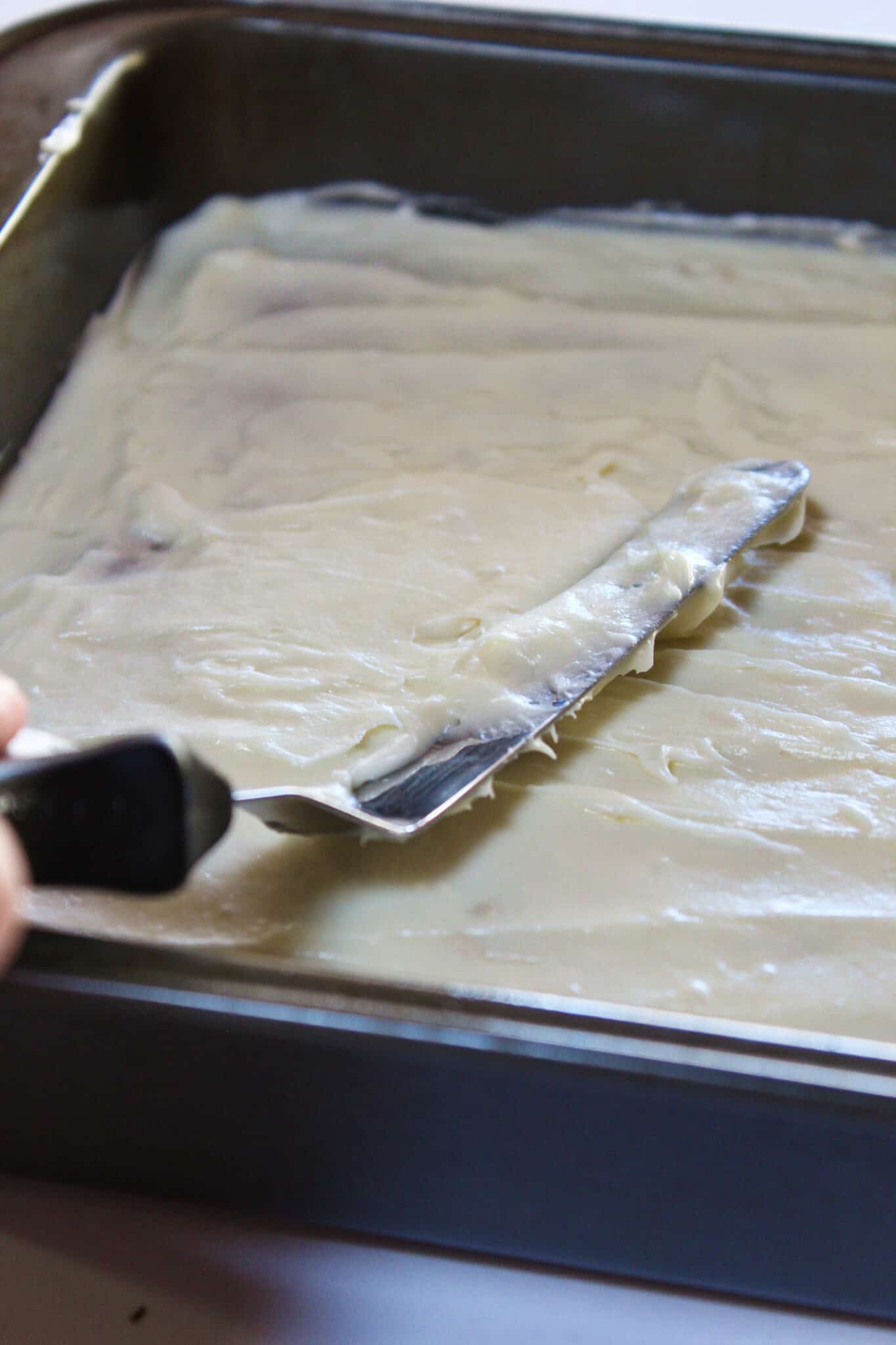 Sometimes I will use a butter knife to make lines in the frosting for an easy decoration. 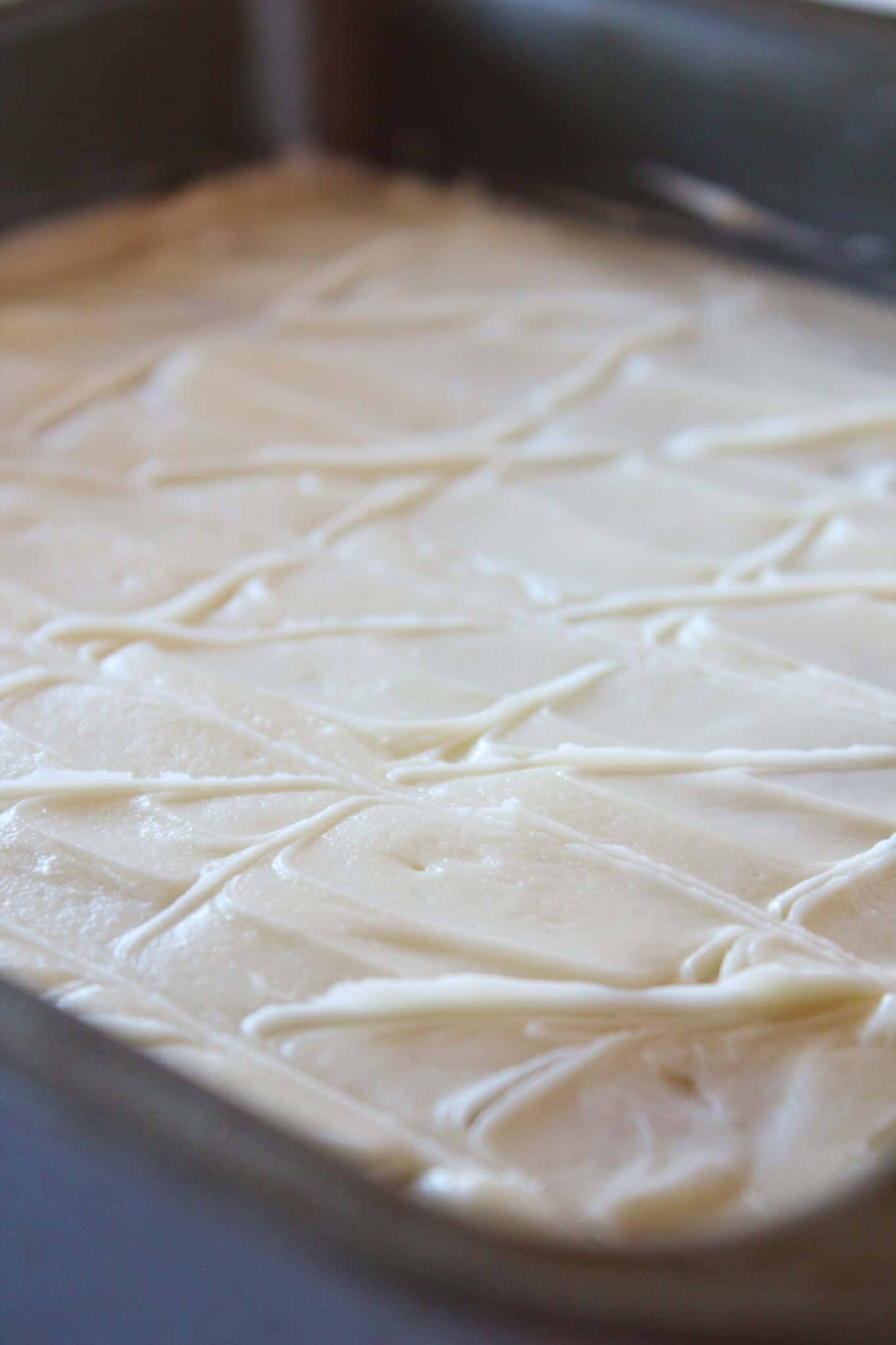 Now it is time to cut these Banana Blondies into squares and serve.  One single bite will have you hooked!

They are tender with a hint of cinnamon {but not too much} and the small layer of cream cheese frosting takes it over the top in the delicious department.  A definite crowd pleaser and perfect for your Thanksgiving Dessert Table…or any day of the week! 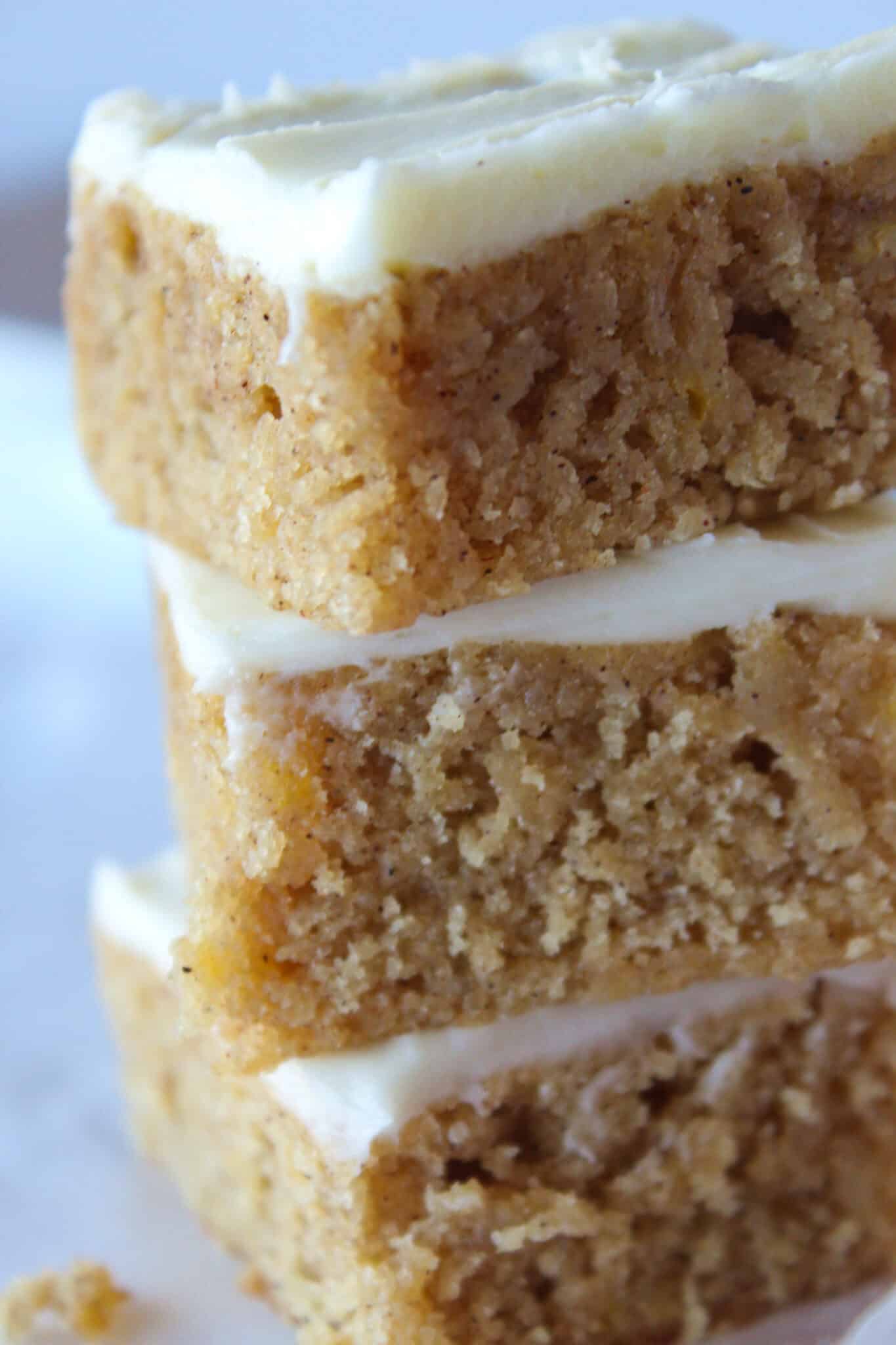 Do you like recipes using fresh fruit and vegetables?  Try these… 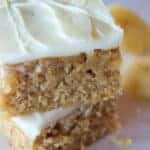 Wonderful and delicious banana blondies with a hint of cinnamon and topped with the perfect cream cheese frosting. A definite crowd pleaser!

November 13, 2019 by June | Comments Off on Banana Blondies Recipe with Cream Cheese Frosting