March Madness is upon us!!  While I normally wouldn’t pay much attention to the games, I decided that a cute cupcake topper was necessary.  My Darb also has money on the line, so it has been a regular on our television.  I still don’t know much about the whole bracket thing…I only know what teams my Darb picked {randomly I might add}.  We cheer for “his” teams and boo most of the others.  I don’t exactly understand it all but what I do understand is…cupcakes.  Glorious, soft, tasty…cupcakes.  Like so many things in my life that I am not quite sure of…I improvise with food.  It is what I know, it is what I love and food goes with anything. 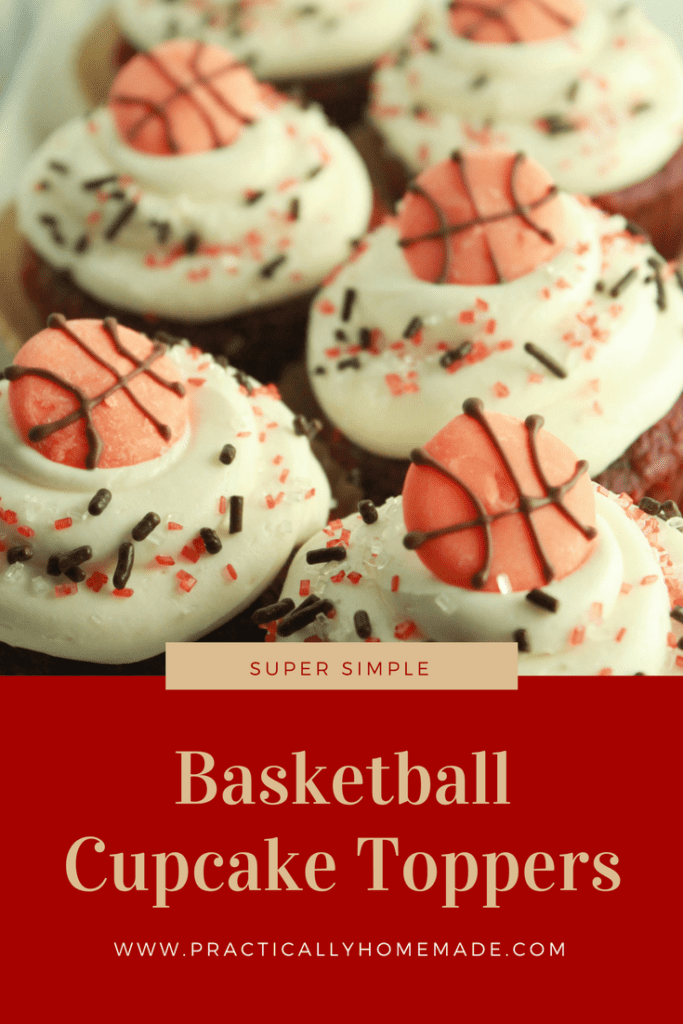 All I have done to make these cute little toppers is use melted almond bark to draw lines on an orange melting wafer.  I went ahead and used New Mexico State colors for the rest of the cupcake, even though they are already out.  My Tater is an Aggie, so I just couldn’t resist.  You could use chocolate frosting for the lines but it wouldn’t set up as well as the melted almond bark.  Just like most ideas I have…it starts a flurry of even more ideas.  I am excited to use white melting wafers to make baseballs, volleyballs and soccer balls {I also made these adorable footballs with Almond M&M’s} or even a combination of them all on a cute cake for a sports theme birthday.  It is one of those moments when I wish that my Tater was young again…because 21st birthdays {while totally fun in an adult beverage sort of way} just aren’t quite the same for a mama with a sweet little 3 year old.  Enjoy! 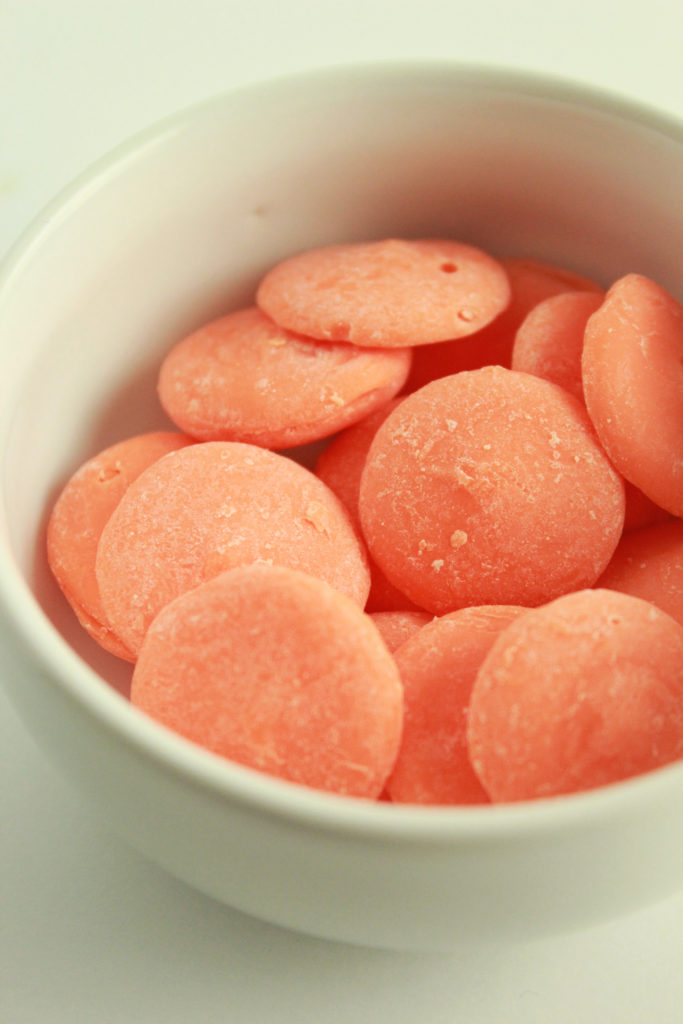 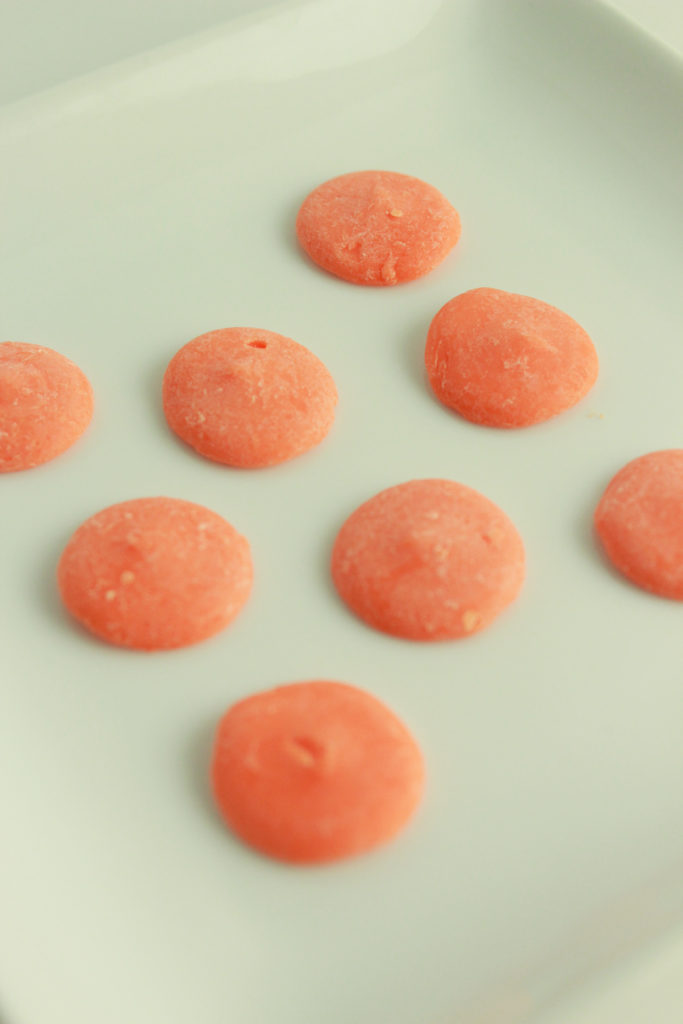 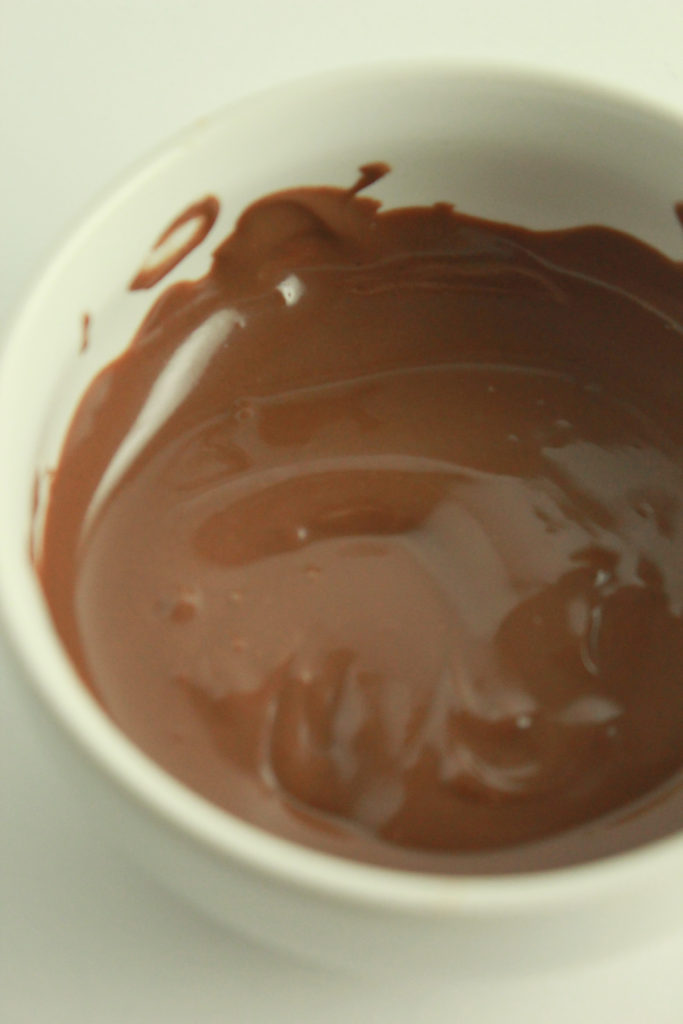 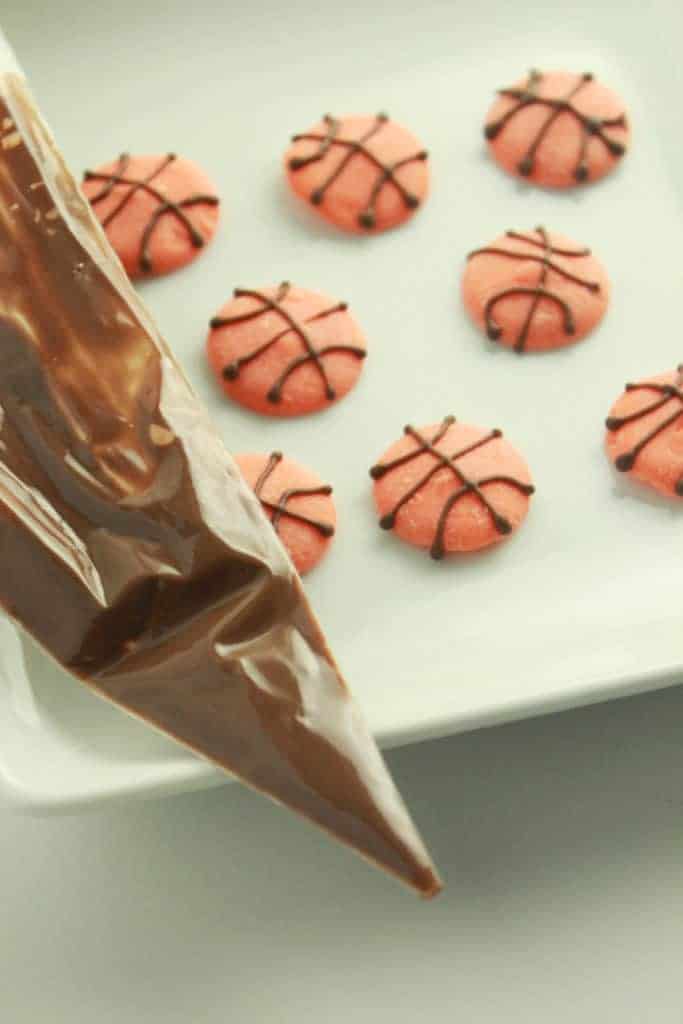 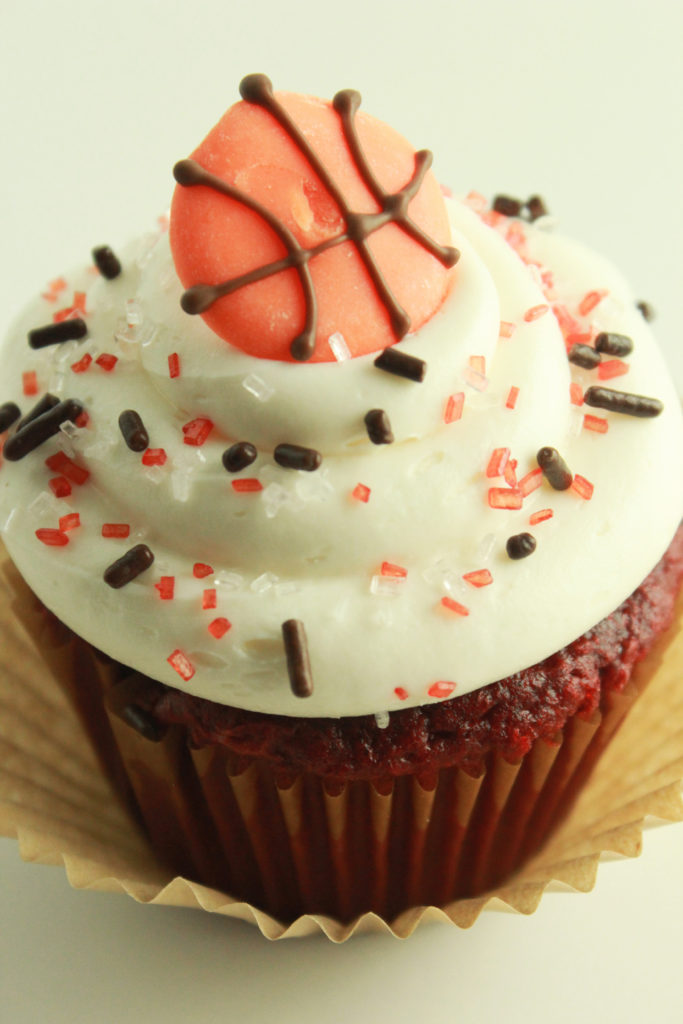 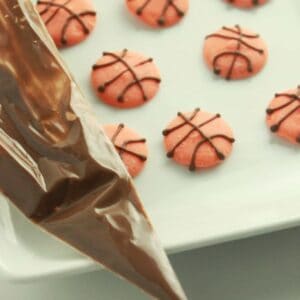 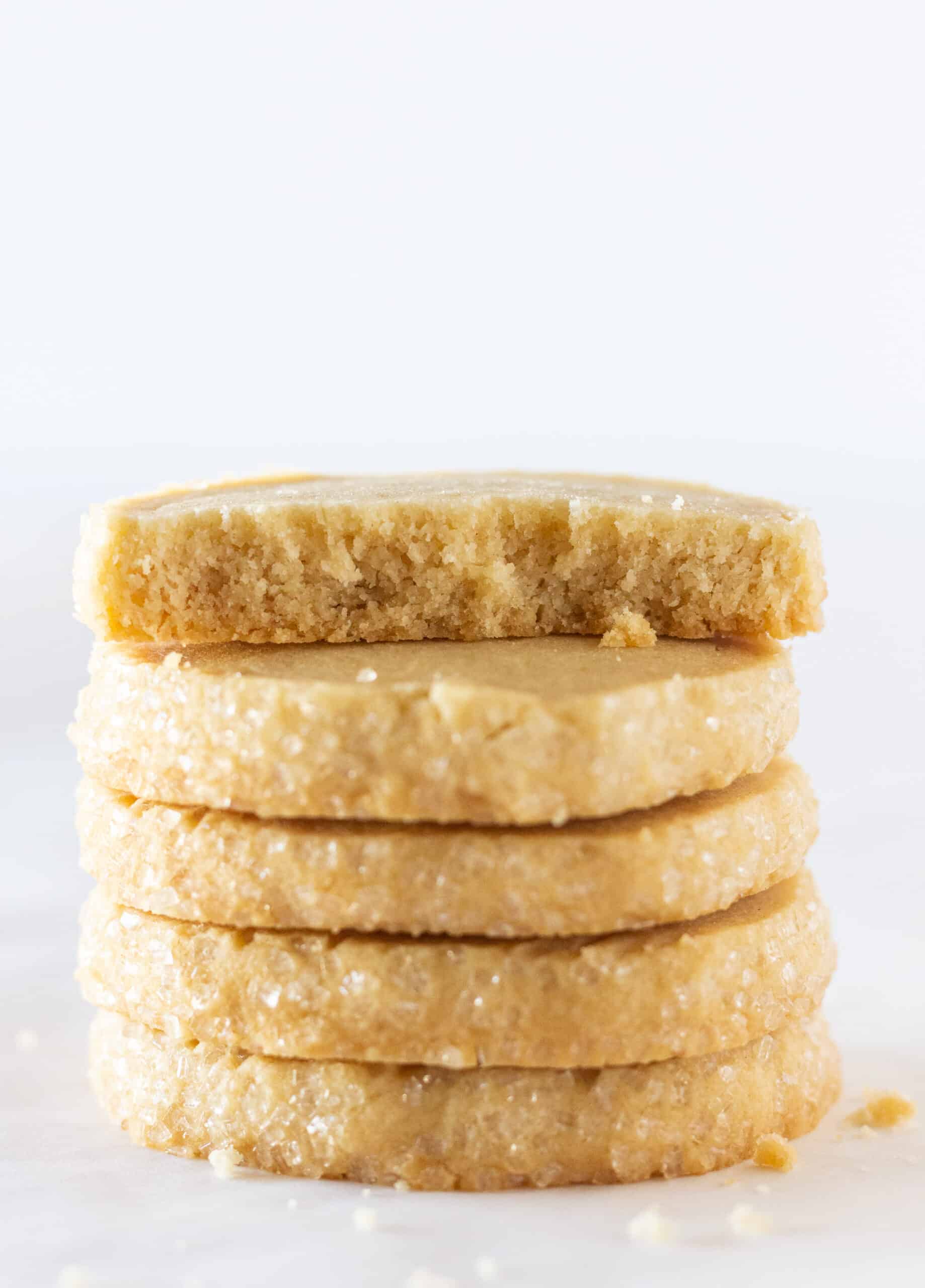 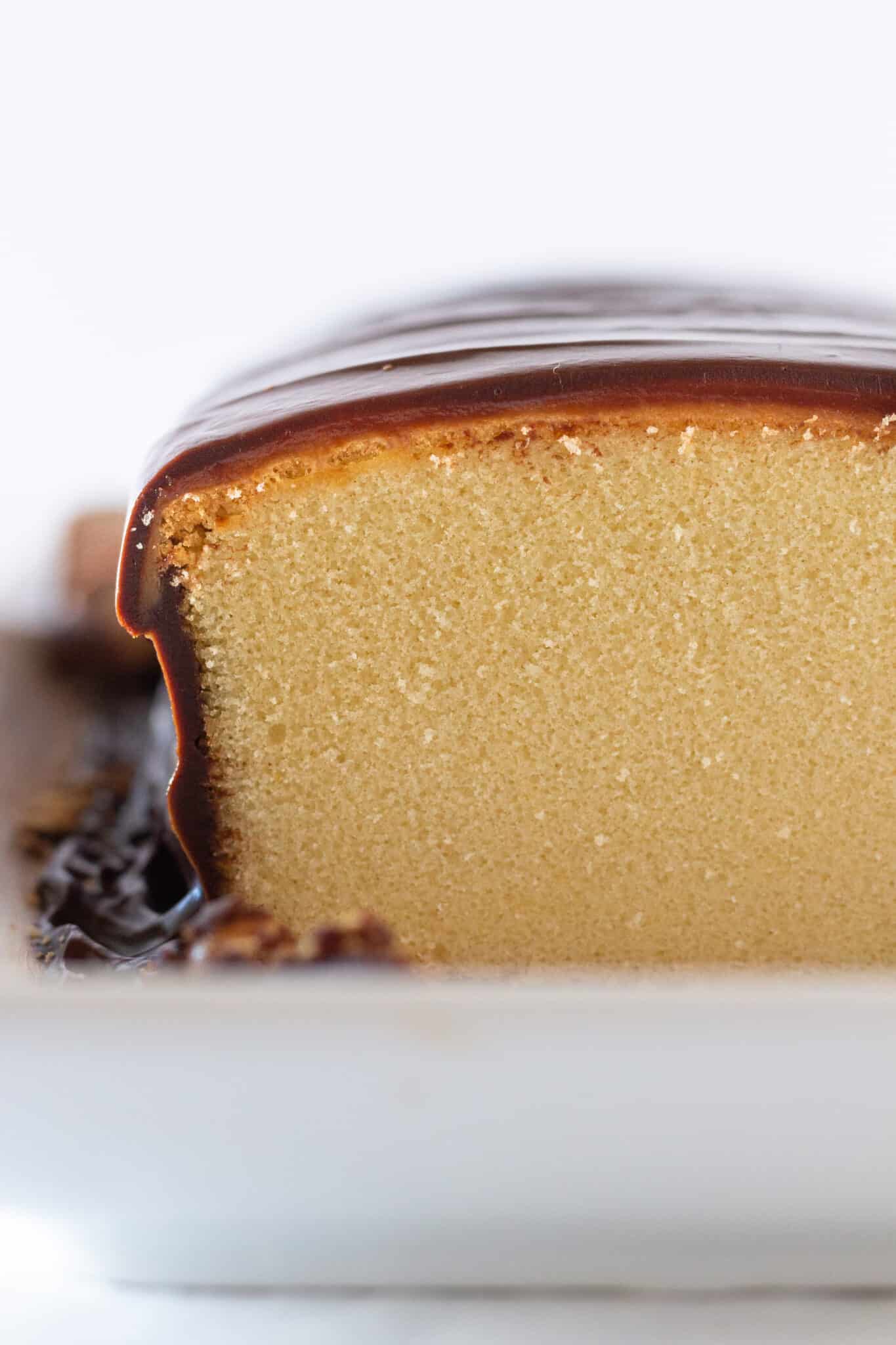 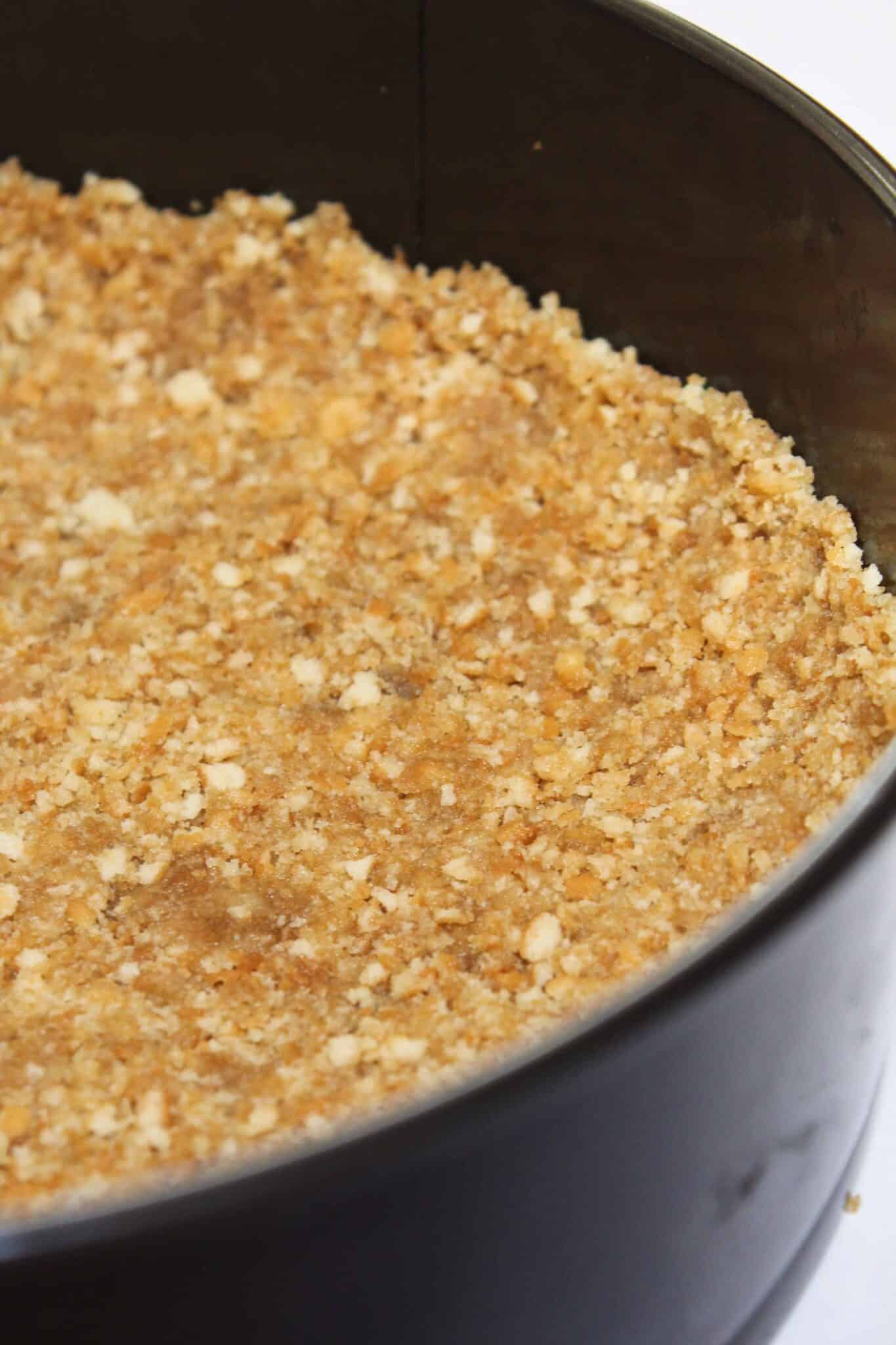 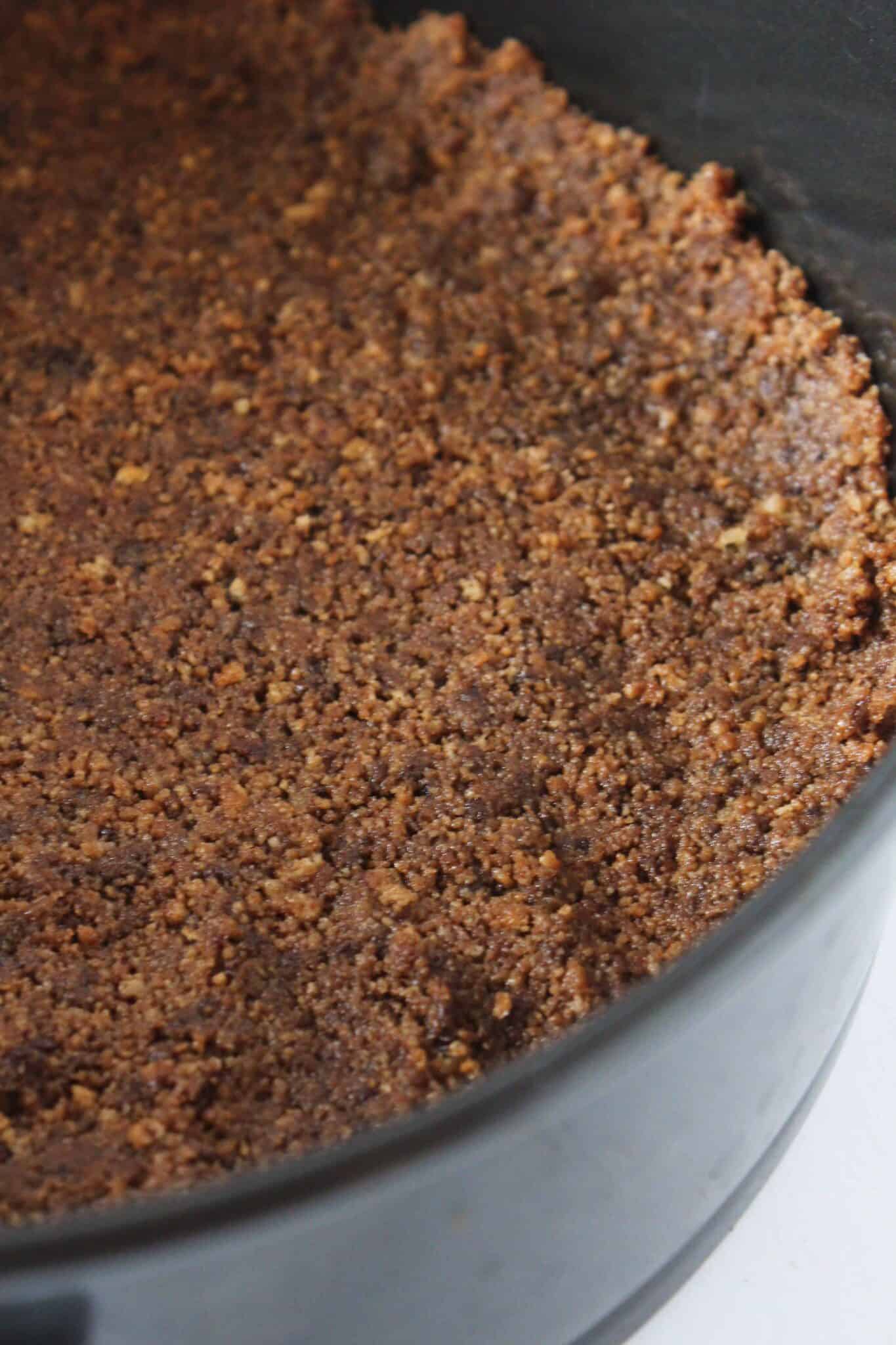