I have decided that today is all about fun!  In my opinion, St. Paddy’s Day calls for a quick dessert that is every bit as colorful as it is delicious.  Think about it…what more could a wee little Leprechaun want than a rainbow with clovers and oodles of gold?  Combine all of that on a sea of white Almond Bark and you have the most adorable Leprechaun Bark on the block!  Give me a no-bake dessert that is super easy to gift and I really just can’t get over it.  I love it! 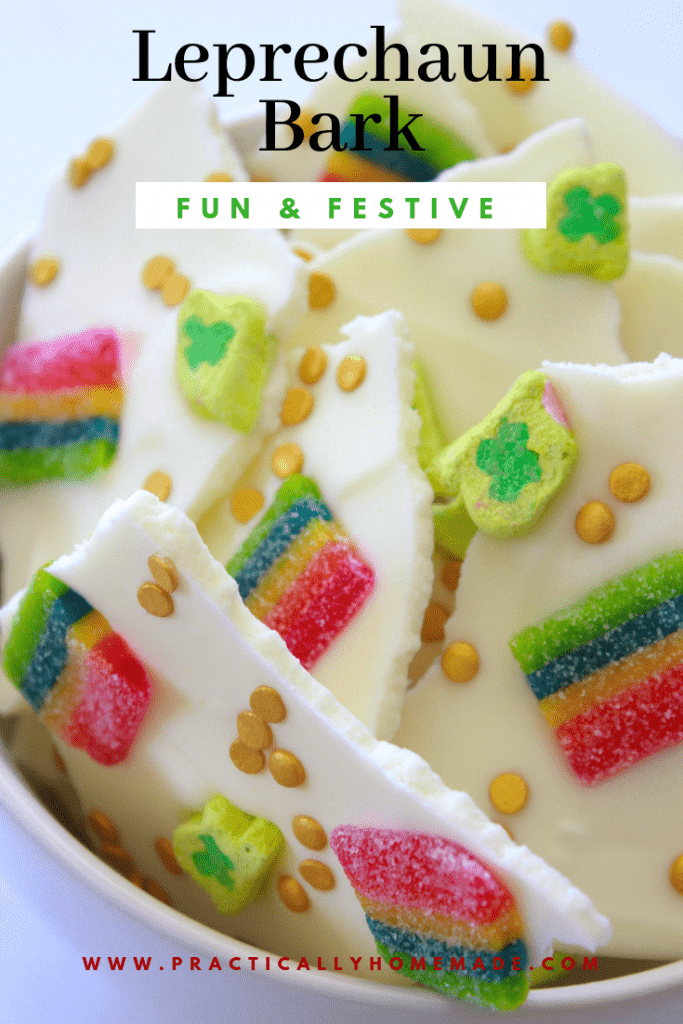 I went with white Almond Bark but you could absolutely use chocolate.  In fact, a combination of both would be extra special.

Disclaimer: This post may contain affiliate links and I will receive a small commission from any purchases you may make from these links. It’s one of the ways I support my site.

All About the Toppings

When I was thinking about what to put on top of the bark, my mind went a little crazy.  Then I decided to reel myself in and keep it simple.  I think there is something to be said for simplicity.  Having just the right about of decorations without going overboard is hard sometimes. 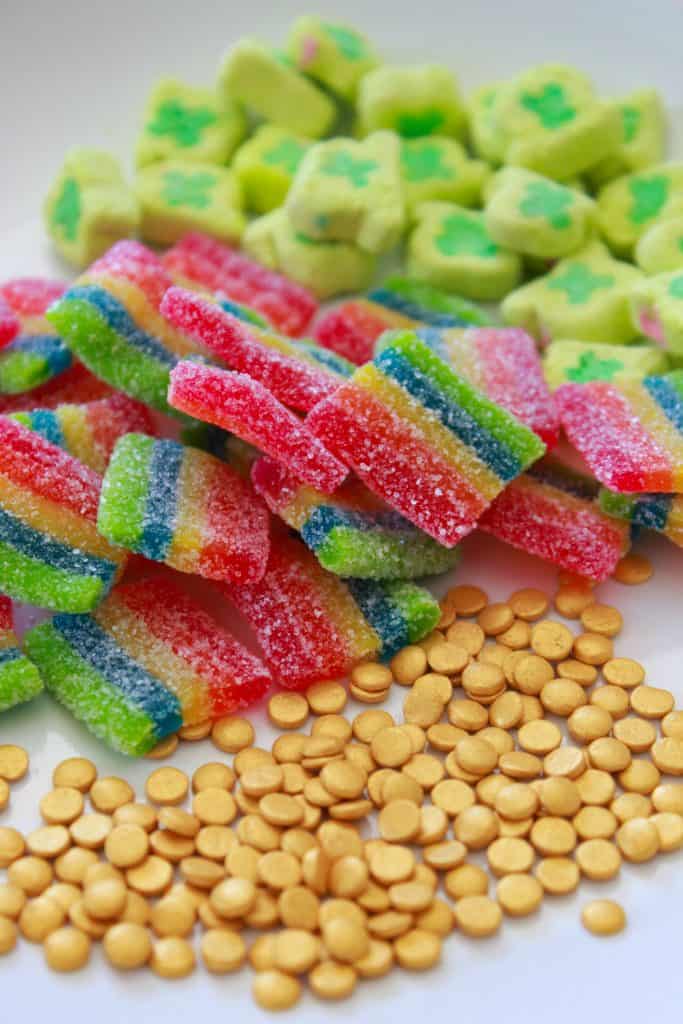 The easiest way to melt Almond Bark is in the microwave.  I used 6 squares for this recipe.  I like to start with 1 minute, stir, add 30 seconds, stir and then add additional 30 second intervals, until melted and smooth.

Pour the melted Almond Bark onto a wax paper lined baking sheet and spread it out into a 9×13 {or a little larger} rectangle.  Using an off set spatula works really well for this job. 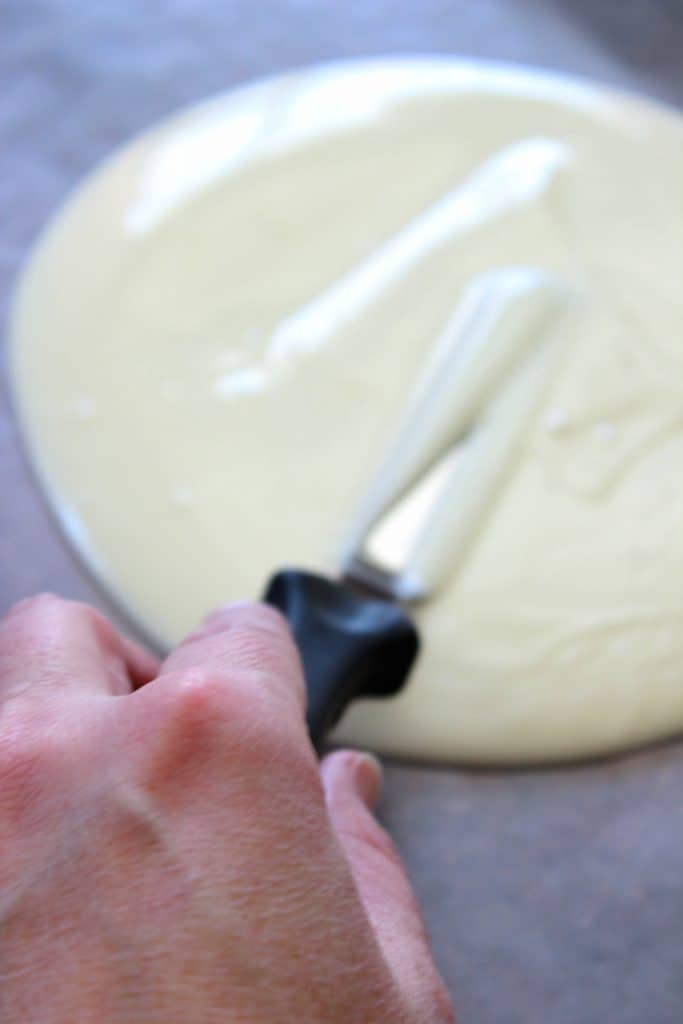 Work fairly quickly and before the Almond Bark has set up.  Begin by placing the rainbows onto the rectangle. 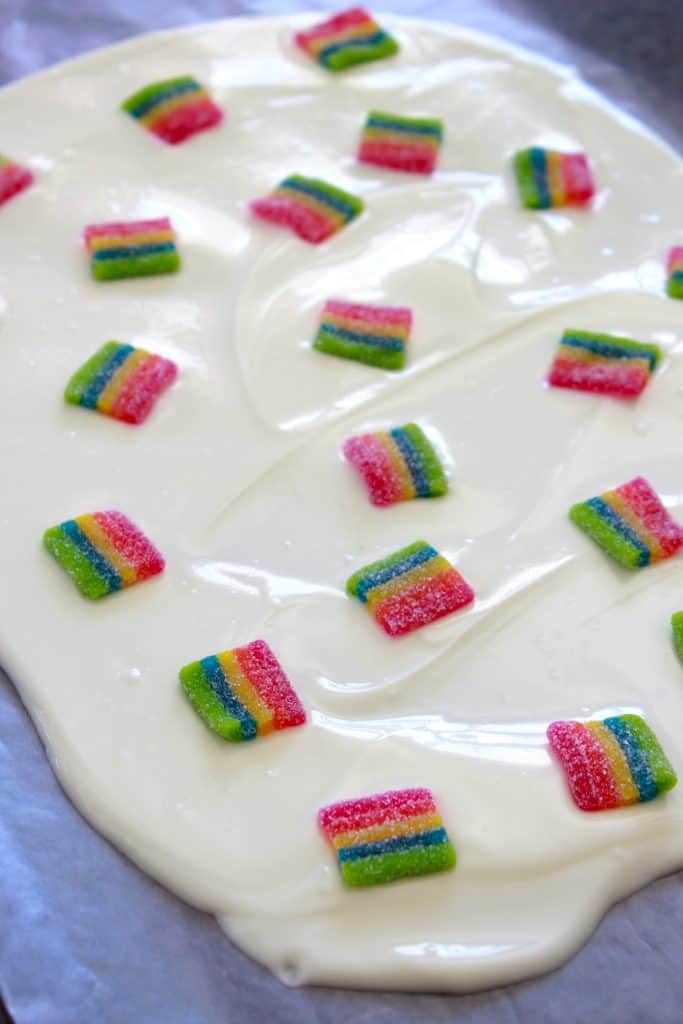 Next, add the clover marshmallows.  Being sure to press down slightly, so that it sticks into the bark. 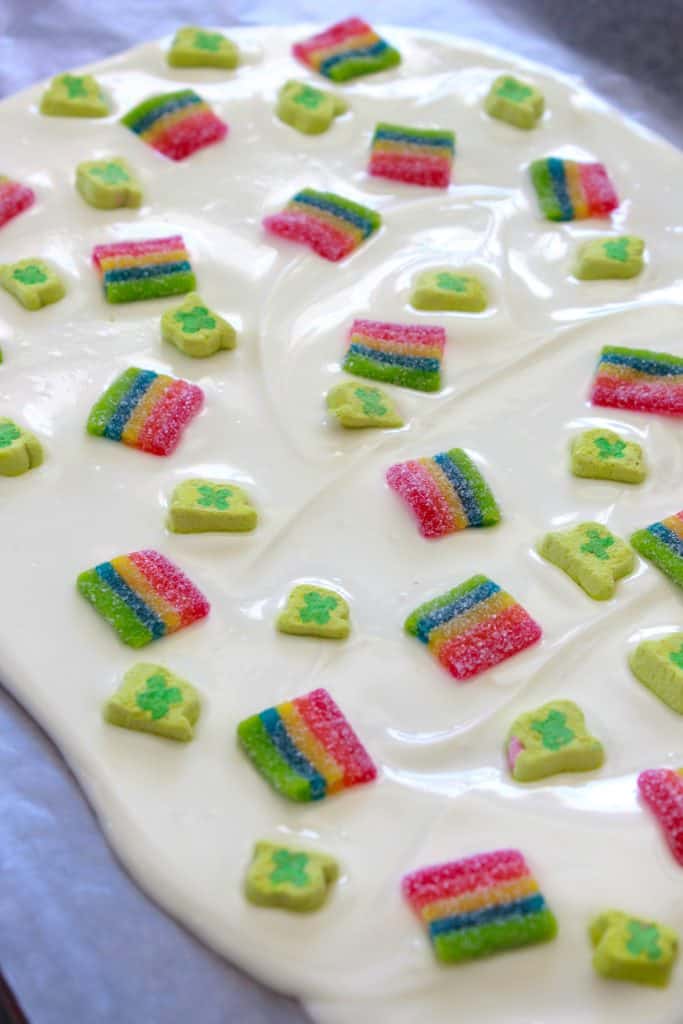 Finally, add the golden circle sprinkles.  This is the last step because you want to fill in the blank area around the rainbows and clovers.  Then let the bark set up at room temperature for at least 30 minutes and up to overnight.  Note:  This step can also be done in the refrigerator to hurry the process. 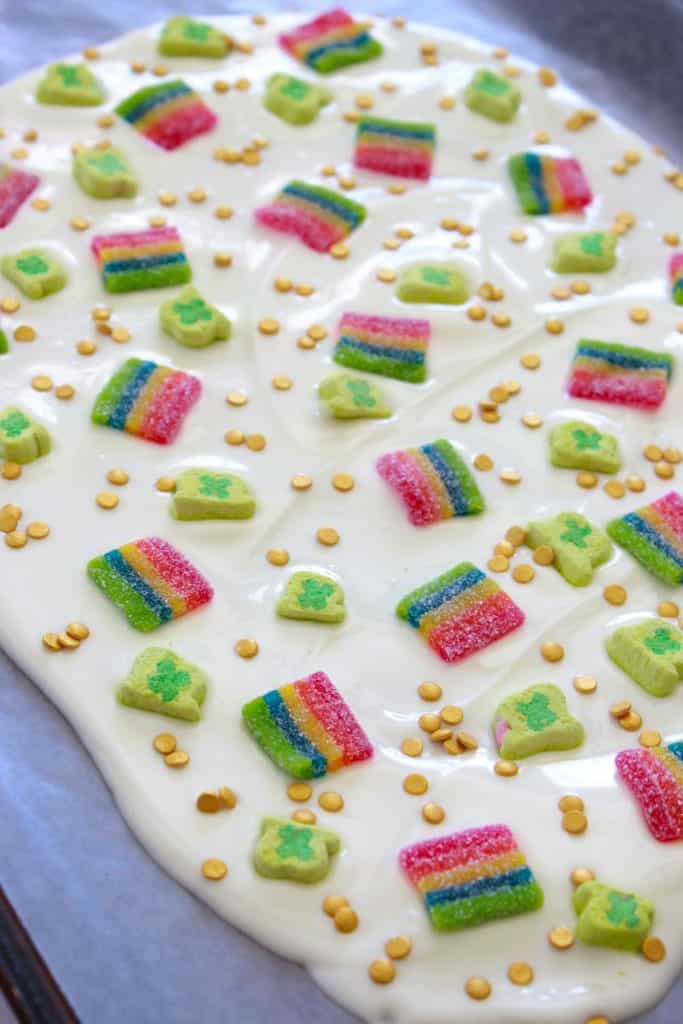 Once the Leprechaun Bark is set up, begin to break it apart.  Work around the rectangle and try to break it in a way that there are at least one piece of each topping on every section. 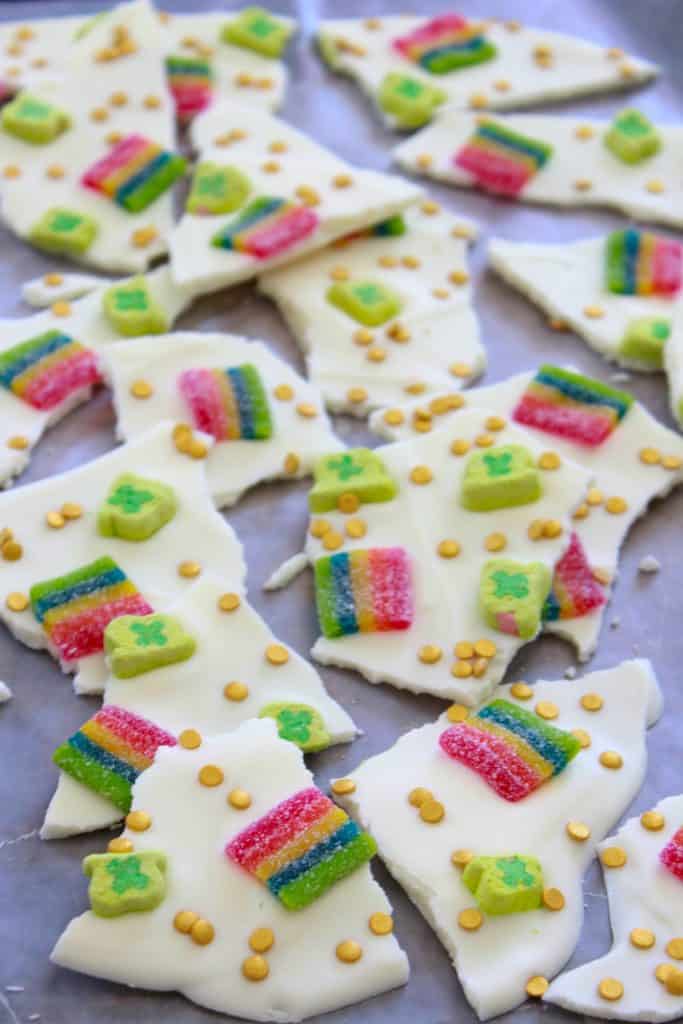 The end result is a silky smooth bark that is topped with both sweet and sour toppings.  It screams St. Paddy’s Day and tastes great too! 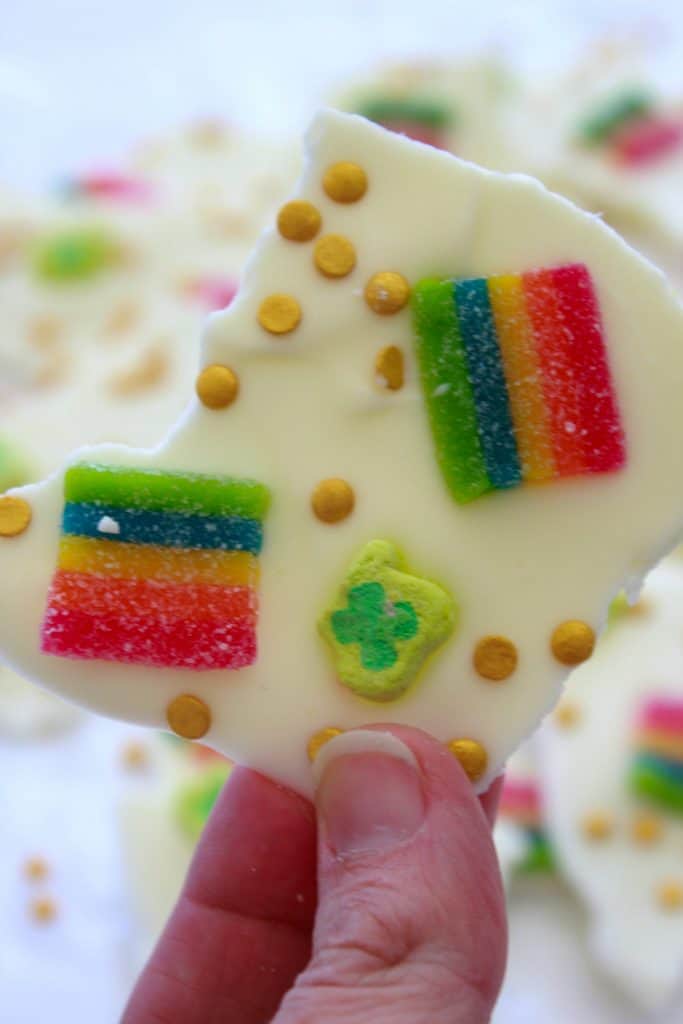 A few cellophane bags with some green ribbon and you have the perfect gift for friends, neighbors, teachers or whom ever you want to send some tasty luck. 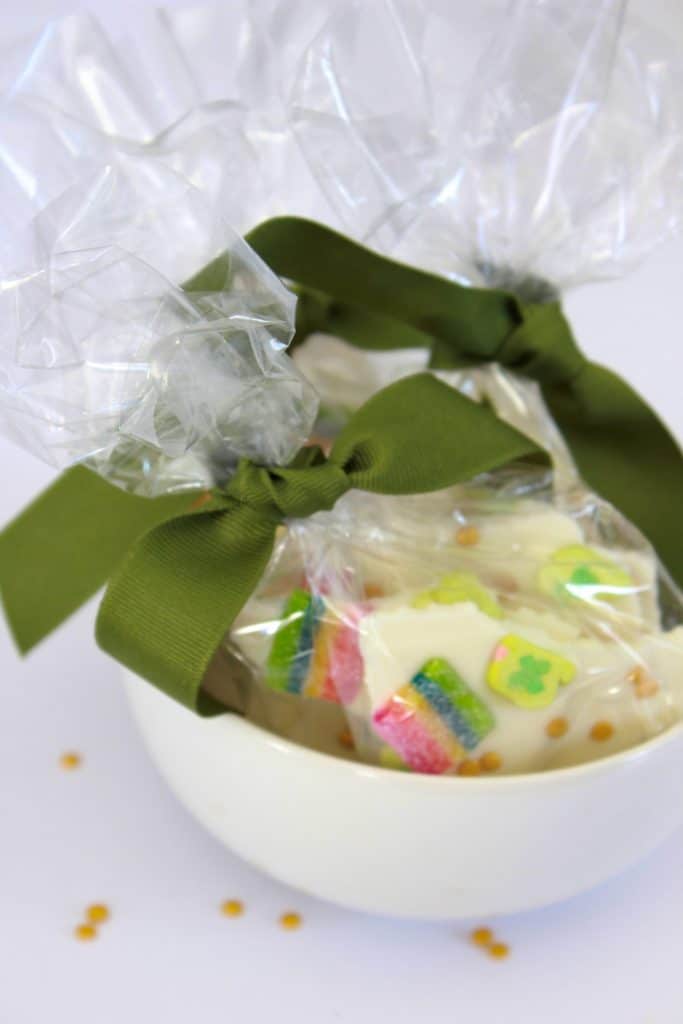 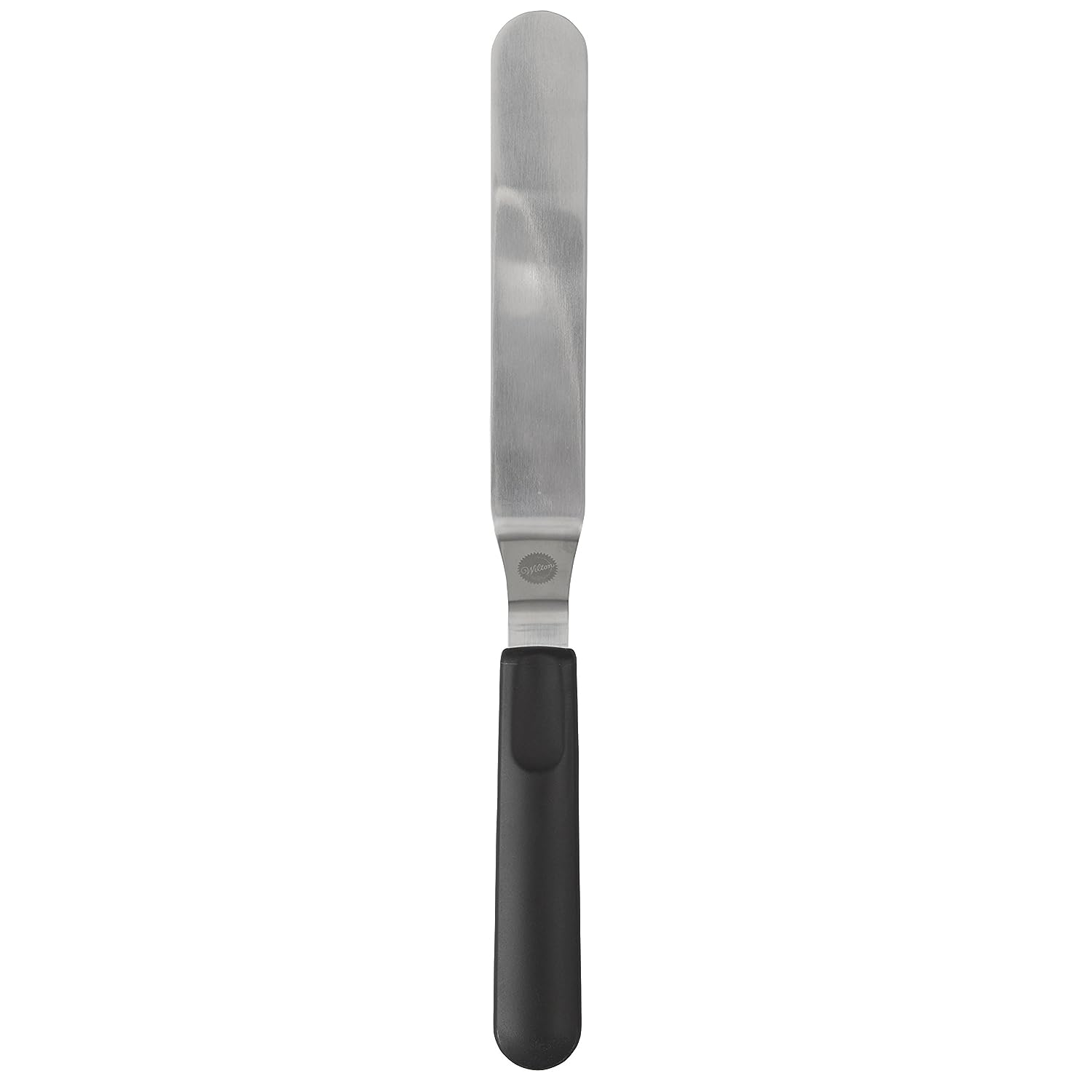 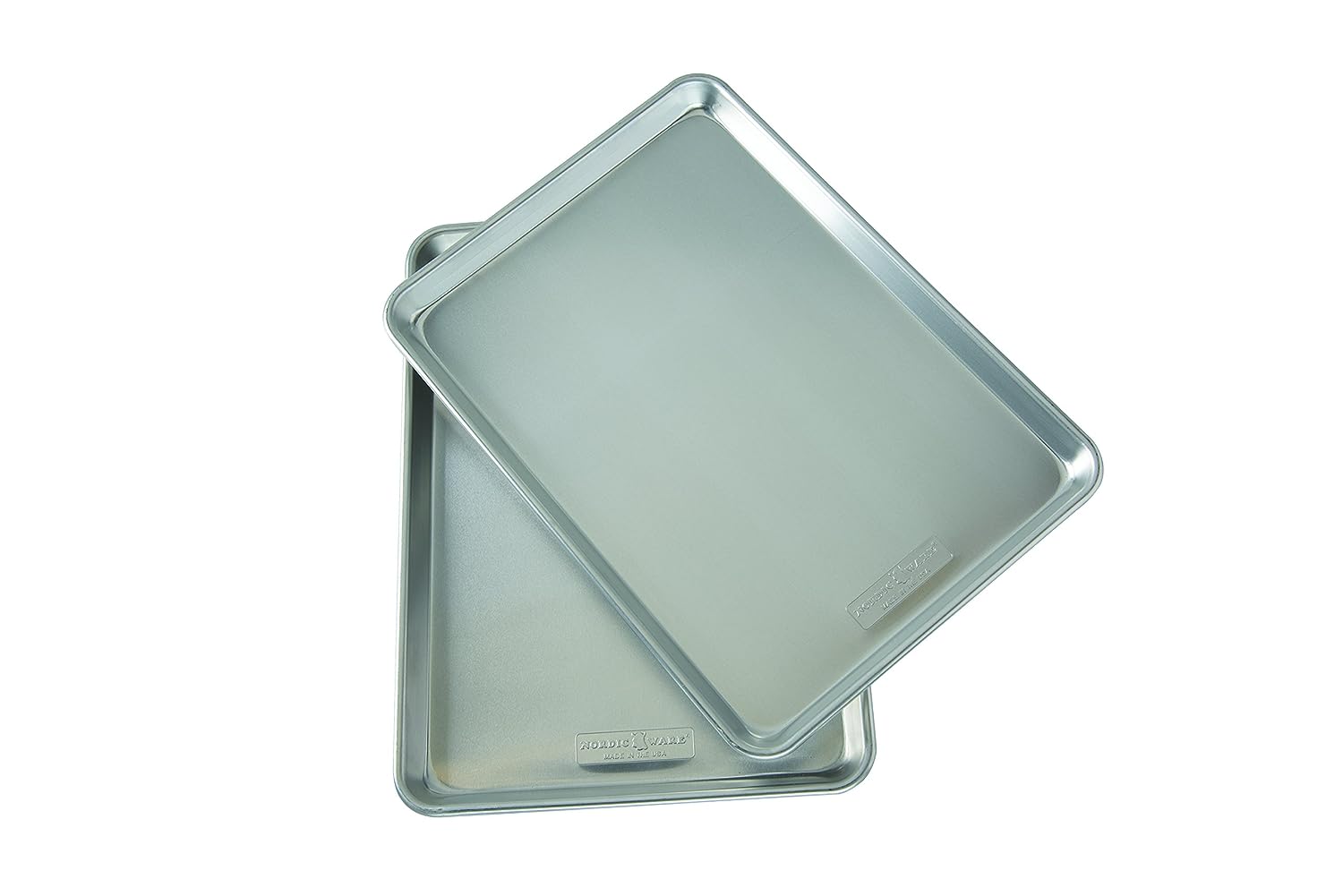