Growing up my family cooked with a cast iron skillet all of the time.  In fact, most of our meals {especially breakfast} were made with one.  When I got older and left home, I always used the skillets that came with whatever cookware set I had at the time.   For some reason, over the last few months I have been finding myself wanting to learn more about cooking with cast iron.  In fact, I have spent more time than I would like to admit on Pinterest searching for recipes and my parents were nice enough to give me one that they weren’t using. 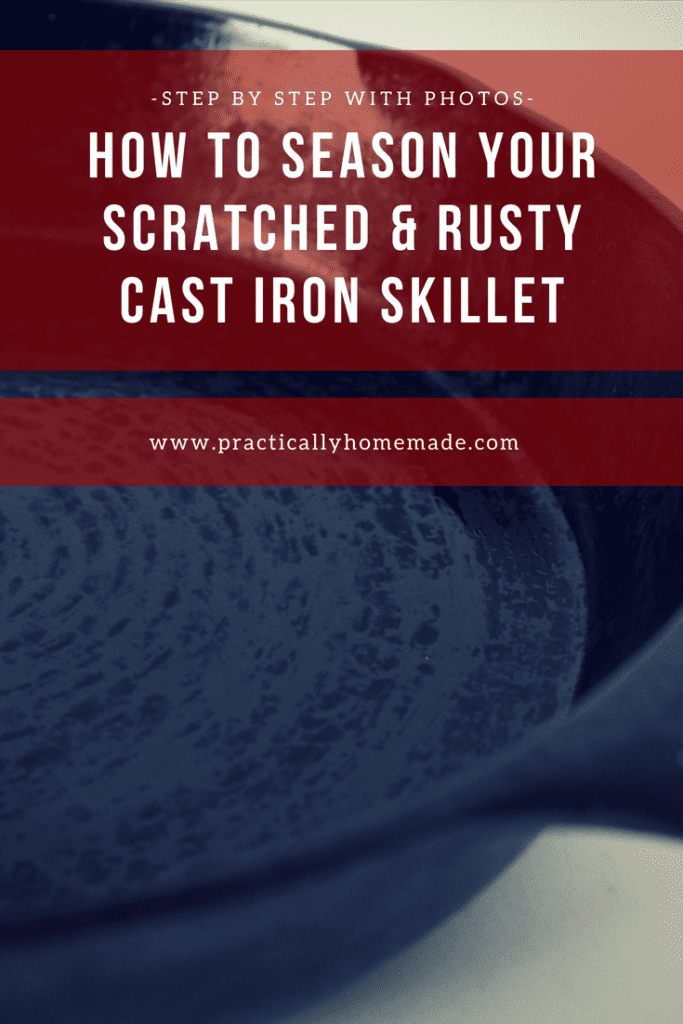 The problem with being given one that hasn’t been used for a while is that it can get a little rusty and dry.  The iron pan needed seasoned and so I began to do my research.  Thankfully it wasn’t difficult but I thought it would be fun to share the process with you.  Maybe you have one laying around that you can bring back to life too.

Here is what it looked liked when I got it home.  Dry, scratched and a little rusty. 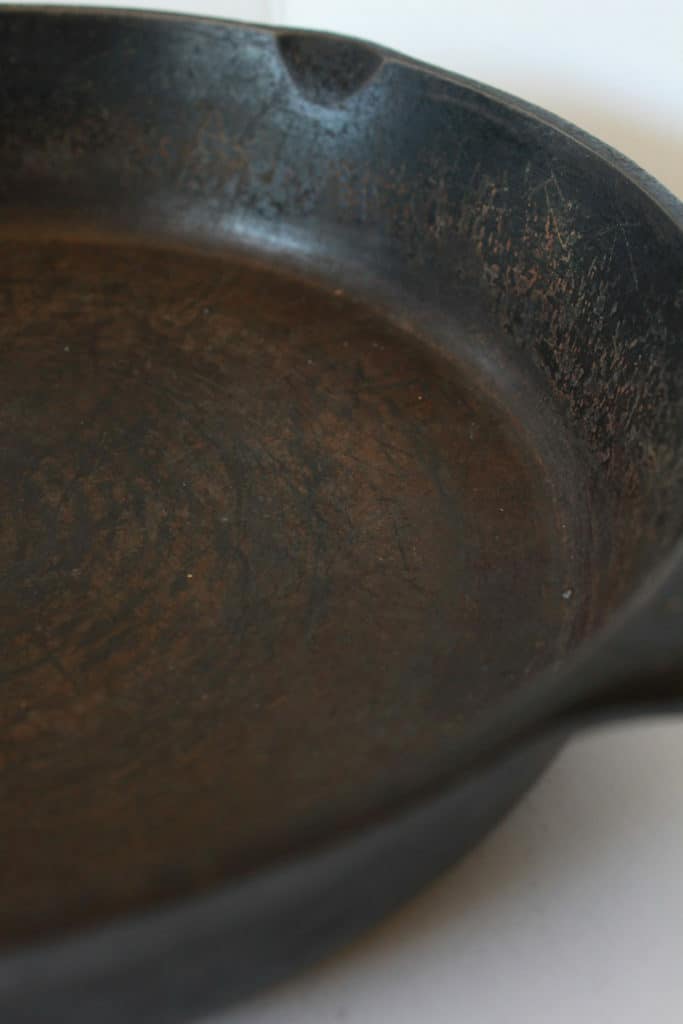 I began by adding a healthy tablespoon of vegetable oil {you could use Crisco instead} to the bottom of the skillet. 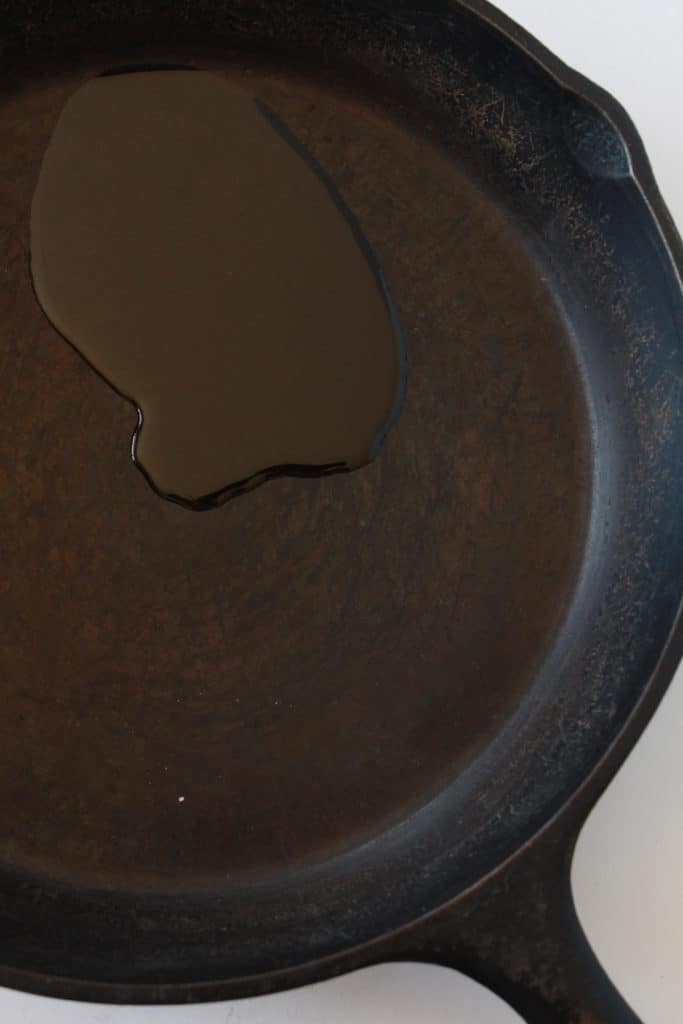 Then I used a paper towel and wiped a thin layer of oil all over the inside of the skillet. 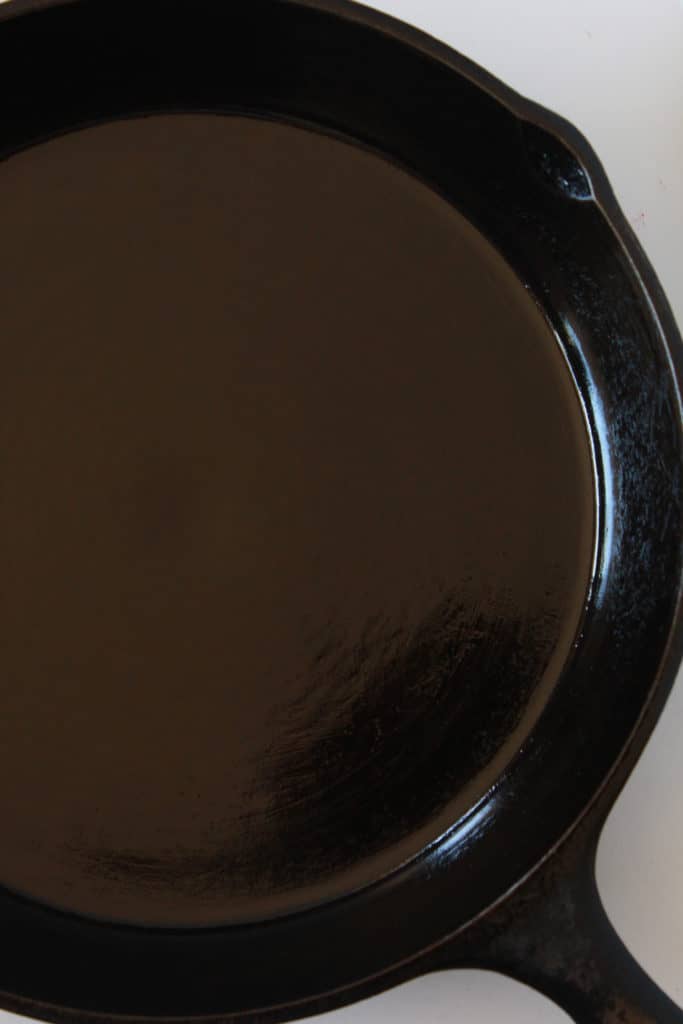 Then I baked it upside down in a preheated 375 degree oven for 1 full hour.  Be sure that you line the bottom shelf with aluminum foil so that it catches any oil that might drip. 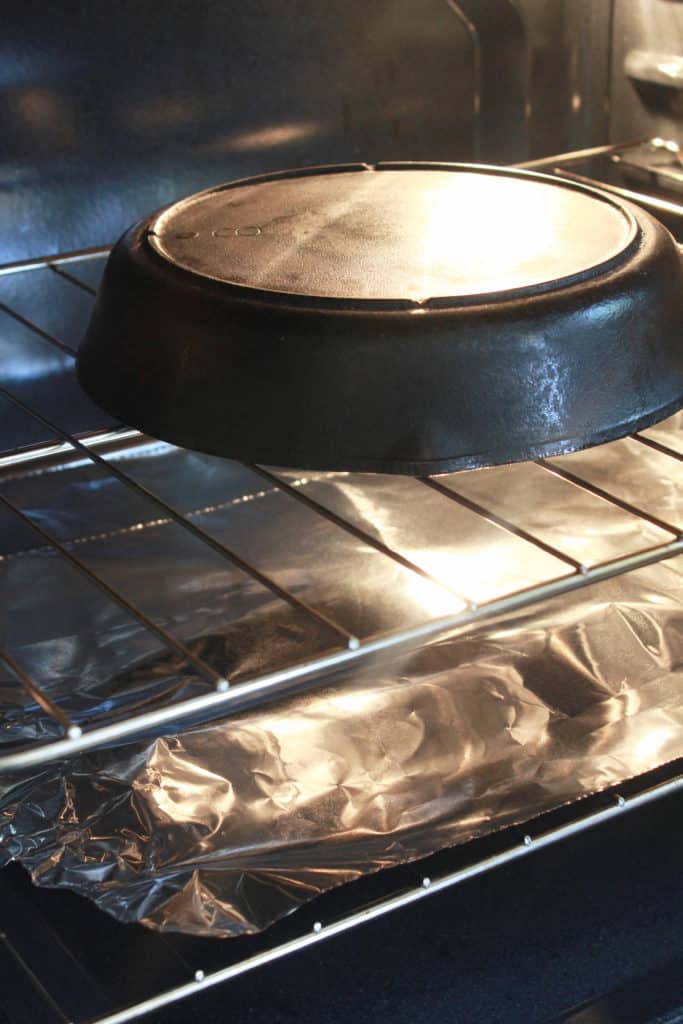 An hour later…it looks like this and is ready to make it’s dinner debut.  So far I have made Shepard’s Pie Skillet, Mexican Street Corn Skillet and Cowboy Hash {recipe coming soon}…YUM!! 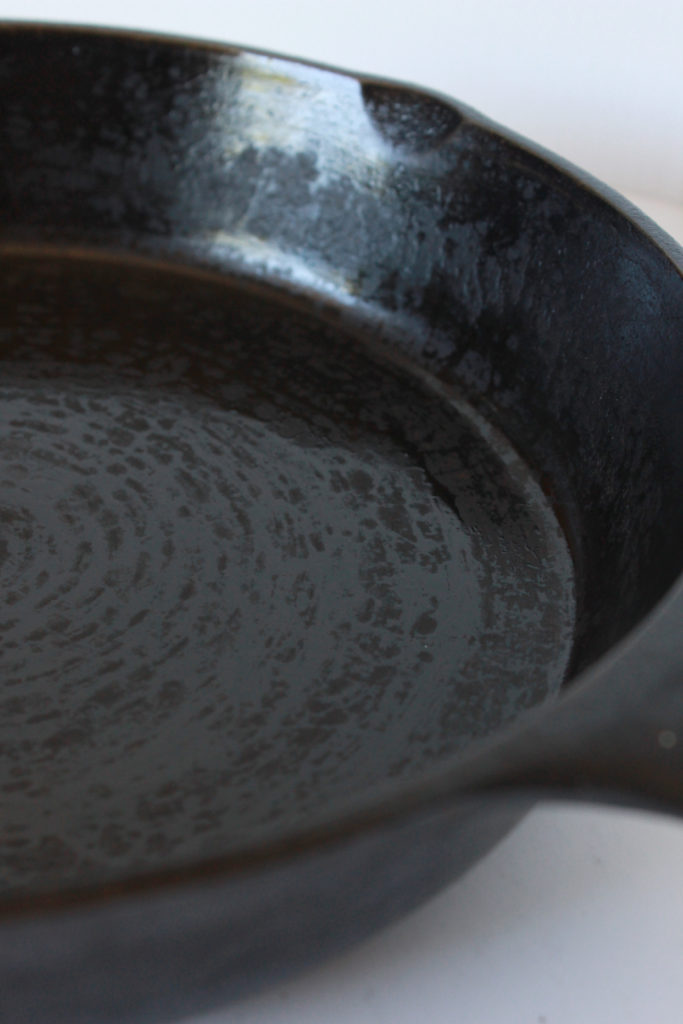 I hope this inspires you to break out the cast iron that has been sitting in your cupboard, season it up and start cooking!!